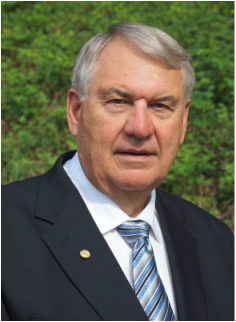 Art Brings is Vice President and Chief Facilities Office for Cold Spring Harbor Laboratory, a position he has held for past 22 years.  In this role Mr. Brings has overall responsibility for all of the Laboratory’s facilities including long range planning, the design and construction of new facilities and operation of the Laboratory’s physical plant, security, and environmental health and safety program.

Mr. Brings joined the Board of the Cold Spring Harbor Whaling Museum and Education Center in 2010 and was its president from 2011 until 2015.  In addition to being president he served on the Long Range Planning Committee, Nominating Committee and Development Committee.

In addition to the Whaling Museum Mr. Brings is also a Board Member of the St. Johnland Nursing Center in Kings Park.  Mr. Brings is an avid sailor and lives in Cold Spring Harbor with his wife of 42 years Chris. 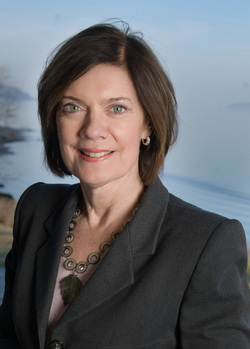 ​Elizabeth Watson, a former Trustee of The Whaling Museum, has made her home in Cold Spring Harbor since 1968.  She holds a Bachelor’s Degree from Radcliffe College, and Master’s Degrees in Historic Preservation (Columbia University) and Library and Information Science (Long Island University.)
Mrs. Watson is the author of three books: Houses for Science ; A Limner’s View ; and Grounds for Learning, and contributed to Cold Spring Harbor: Rediscovering History in Streets and Shores, Long Island Country Houses and Their Architects, and the Guide to Long Island Architecture.
The Whaling Museum is not alone in recognizing Mrs. Watson’s commitment and contributions to historic preservation; she is the recipient of the New York State Historic Preservation Award and the Publication Award of the Long Island Archives Council.  Recently appointed to the New York State Board for Historic Preservation, she has also served as President of the Planting Fields Foundation, trustee of the Heckscher Museum of Art, and as a member of the Huntington Historic Preservation Commission. 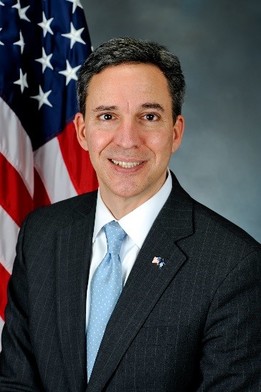 Serving his third term representing the New York State Senate’s Seventh
District, Senator Jack M. Martins has earned the reputation of a
well-respected leader who will work with all parties to deliver results for
his constituents.

Recognized as a leader in environmental protection, Senator Martins secured
state funding for an island-wide groundwater study which will help protect
our drinking water.  He also supported the highest Environmental Protection
Fund investment in state history to ensure we have clean water and air.

To grow the economy and create jobs, Senator Martins has cut income taxes
for middle class families and businesses to their lowest levels in decades;
repealed the MTA payroll tax; delivered hundreds of millions of dollars for
economic development on Long Island; enacted the two percent property tax
cap; and passed six fiscally responsible State Budgets which controlled
state spending without raising a single tax or fee. He has also authored
laws to deliver mandate relief to school districts and local governments.

As a parent, Senator Martins is continually working to protect our children. He has repeatedly secured additional funding for local schools to ensure our children have every opportunity to get a quality education. He has also been a vocal opponent of the State’s failed rollout of Common Core. To help combat the growing heroin epidemic on Long Island, Senator Martins authored laws which enhance law enforcement’s ability to investigate opioid prescription fraud and expand education provided to children about the dangers of heroin and other illegal drugs.

Prior to his election to the Senate, Senator Martins served eight years as Mayor of the Village of Mineola, where he received acclaim for stabilizing the Village’s finances, creating its first ever master plan, and promoting smart-growth development.

Senator Martins and his wife, Paula, are the proud parents of four daughters.