Federally recognized only in 2010, the Shinnecock experienced a history of dispossession & marginalization, and continue to battle for fishing rights and land use.

​Along with Native Americans across the country, they continue to face racism, stereotypes, invisibility, systemic oppression, and the erasure of their heritage.

Today, the tribe numbers about 1,500; 650 reside on a 3.4-sq mile reservation in Southampton, a remnant of their ancient homeland.

61% of reservation families live below the poverty line with a median income of $14,000, a stunning contrast to neighboring Hamptons zipcodes with the most expensive homes sold in the US.

The Myth of Native Extinction

The Shinnecock people, along with other Native peoples, are alive and vibrant today.

The Perpetual and Damaging Myth of the “Last” of the Shinnecock 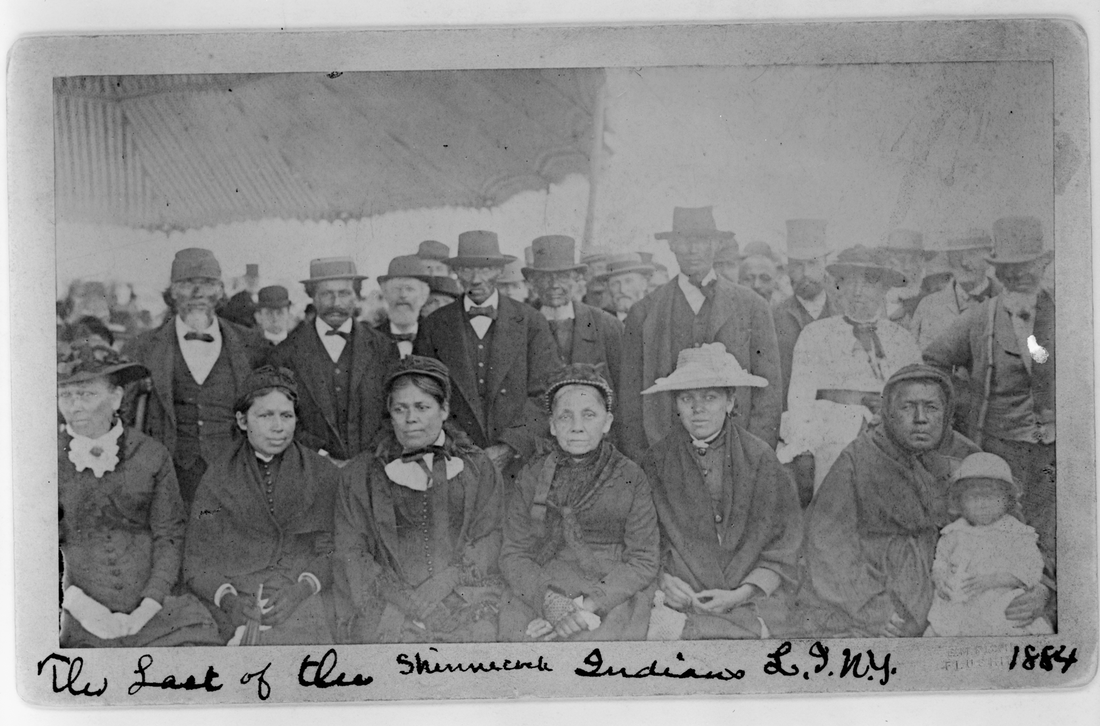 In 2019, the Shinnecock Nation built two 61-foot monuments on Shinnecock land. These monuments also function as a digital billboard to generate revenue for the Nation. In response, town and state officials have tried to block efforts.

Fighting for Trade and Fishing Rights

In a 1648 contract with English settlers, the Shinnecock reserved their rights to fish in local waters in perpetuity. US Code 1948 requires New York State to honor all previous treaties with Indian tribes with regards to hunting and fishing rights. Despite this, in an effort to protect depleted populations, tribal members have been ticketed for fishing.

New York State is one of four states that lack the Graves Protection Act, which enacts safeguards if human remains are found on private land during construction.

The Shinnecock Nation has long rallied to stop building in areas where they believe their ancestors are buried. In September 2020, the Southampton Town board voted to protect sacred burial grounds from development and desecration.

Should the Manhasset School District change their Indian mascot and team name, The Indians?